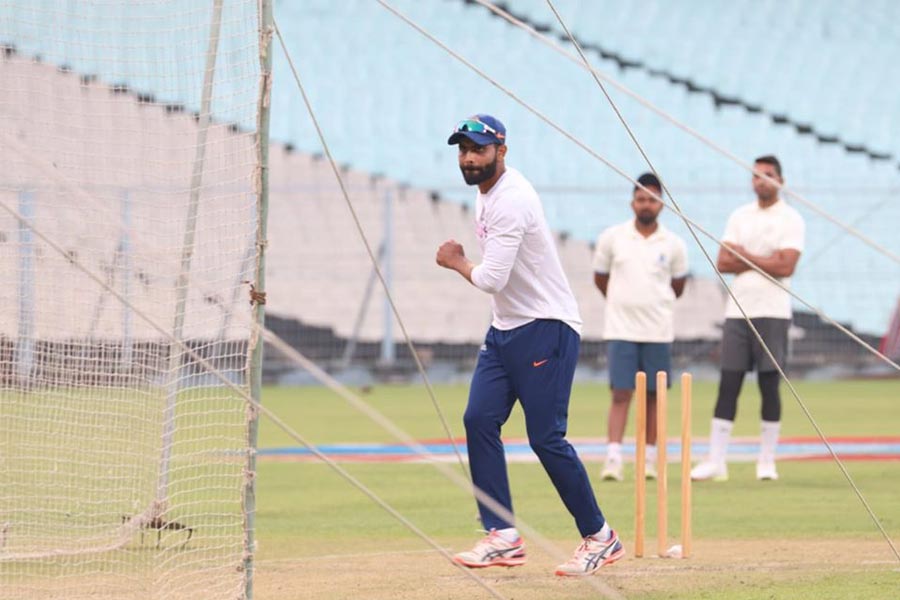 Why Ravindra Jadeja’s selection in T20Is is unjustified

India announced the team for the T20I and ODI squads for the series against West Indies the other day with Ravindra Jadeja making a comeback in the shortest format. Jadeja replaced fellow left-arm spinning all-rounder Krunal Pandya, thereby getting back in the reckoning for the T20I World Cup. Pandya, who was the ‘Man of the Series’ against the same opposition in August, will feel extremely unlucky to lose his place after a couple of bad games.

But, more than the omission of Pandya, it is Jadeja’s stunning comeback, perhaps on the back of his form in the longest format, which needs to be scrutinised more. Should Jadeja be in India’s T20I side? Based on his past performance, the answer would be a resounding ‘No’.

Jadeja has played 44 T20 International (T20Is) matches and batted in 21 innings but his strike rate in T20 International is just 100 and batting average under 12. (Runs–154, Balls–154, Average—11.84, Fours–7, and Sixes–4). These numbers are not even average for an all-rounder in this format who is expected to finish off games with the bat or and hit from ball one.

Even his bowling figures are none too impressive in T20s. Some might argue that T20I is just a small sample size which is true. So, let’s analyse Jadeja’s performance in the Indian Premier League (IPL). His Strike Rate (SR) from 100 in T20Is moves up to to 122.85 in IPL but anything below 130 is a dreadful SR in T20s. Moreover, there are lots of other all-rounders who bat at the same position with much better strike rates along with better bowling credentials in the domestic scene. One statistic stands out though: Ravindra Jadeja hasn’t scored a single half-century in 232 T20 matches (162 innings). His top score is 48 in T20s and 25 in T20Is.

So, it can be concluded that Jadeja is not good enough in the shortest format—or, to use a phrase used by Sanjay Manjrekar, for which he had to cop trolling and abuse, Jadeja is a “bits-and-pieces player” who is neither good with the bat or the ball to be an option in T20Is.

For India, with World Cup one year away, the aim should be to zero in on an explosive lower order batsman who can bowl four overs steadily. The selectors are actually spoilt for choice, if only they cared to follow domestic cricket more closely. Let’s consider a couple of them, apart from taking a closer look at the statistics of fellow left-armers Krunal Pandya and Axar Patel.

One of the biggest strikers of the cricket ball in the lower order available right now in India and a handy bowler who can bowl tight in the middle overs, Gowtham is probably the missing X-factor in India’s ODI and T20 teams. Just as his statistics in List A format, his T20 stats make for fantastic reading.

In the Karnataka Premiere League (KPL) in 2019, Gowtham scored an unbeaten 134 runs from 56 balls along with a stunning 8-wicket-haul for 15 runs in his four-over spell. Too bad that KPL hasn’t got T20 statistics and Indian selectors don’t follow the KPL. Gowtham has been making steady contributions in the lower order for Karnataka and will turn out for Kings XI Punjab in the IPL. In the IPL he has a strike-rate of 173.49 and an economy rate of 7.97 and in all T20s, his strike-rate is 164.95 with an economy rate of 7.60. Numbers tell the story of the impact made by Gowtham in the lower order.

Rahul Tewatia is an unknown name for many cricket followers. Coming from Haryana, the old-fashioned leg-spinner and an explosive batsman has a List A batting average of 37 and a T20 average of 27 with a T20 strike rate of 151. Moreover, he has outperformed his state mate and India leg-spinner Yuzvendra Chahal on occasions.

Tewatia was one of the surprise packages in the auction before 2018 season. With a base price was just 10 lakh, Delhi Capitals bought him for 3 crore, sensing his potential. Tewatia didn’t get many opportunities so far in Delhi Capitals but did well with the ball, with an economy rate of 6.63 in 2019.

Tewatia has been an integral part of the Haryana team in the Syed Mushtaq Ali tournament this season, scoring valuable runs down the order and bowling economical spells for the team.

Krunal Pandya has been dropped rather unceremoniously after a couple of bad games. Pandya has played for India in 18 T20 matches, and has a strike-rate of 131.52. His strike rate improves to 146.07 in IPL and his overall record is superior to Jadeja’s. Pandya has been a vital performer for Mumbai Indians in the IPL over the years and during 2017 season, in the final against Pune, he rescued the team with a quickfire and won the man of the match award in the process.

In his short international career, Krunal has won the man-of-the-series award in West Indies in August 2019 and man-of-the-match award in Australia in November 2018 but he has been dropped but the squad just after one or two poor matches in recent two series. Currently, Krunal is playing for Baroda in the super league in Mushtaq Ali, he will be looking for a better performance and return to the Indian team as soon as possible.

After briefly displacing Ravindra Jadeja and emerging as the first-choice left-arm spinner in the shorter formats, Axar Patel couldn’t hold on to his place. And despite bowling tighter spells than Jadeja, Patel couldn’t pull his weight with the bat in international cricket. But Patel has been steadily improving his batting of late, and his performances in the Vijay Hazare and Syed Mushtaq Ali tournaments this season is ample proof of that. In the Deodhar Trophy, the premier List A tournament, Patel blasted an unbeaten 98 in just 61 balls and backed it up with a spell of 1 for 28 in 10 overs. His bowling was never the issue anyway.

If the selectors really wanted a left-arm spinner in the team, they should have rather stuck with Krunal Pandya or recalled Axar Patel. But then, Tewatia and Gowtham have better cases to present. While Gowtham and Sundar are both off-spinners, they have different skill sets as Sundar often bowls with the new ball. Ravindra Jadeja’s selection in T20Is at this stage is rather unimaginative and reflects poorly on the Indian selectors. 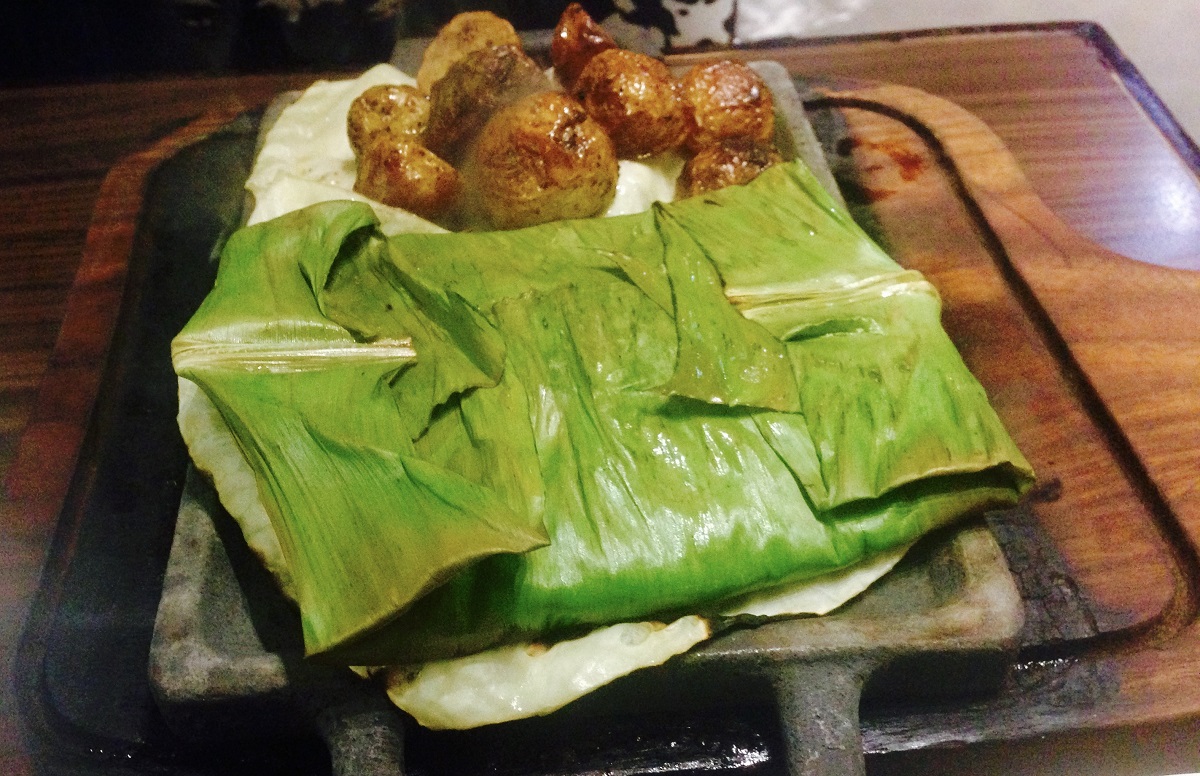 Restaurant Review: Visit Bloomsbury’s Boutique Café for a Fun Time with Your Kids and Good Food