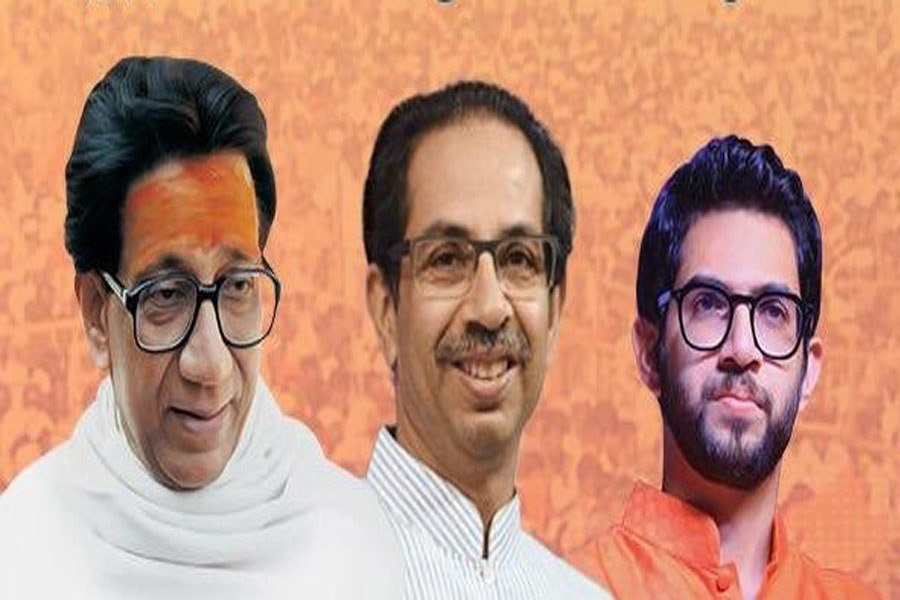 More than 50 years after Bal Thackeray set up the Shiv Sena and dangled the Congress and later, the BJP governments like puppets on a string, the batteries of his famed remote control need recharging—grandson Aaditya is attempting to do just that.

Aaditya, the third generation Thackeray, as a party candidate in the Assembly Elections in Maharashtra, is a tacit admission of the declining powers of the Thackeray clan. The move counters the late Bal Thackeray’s famed assertion that he never needed “power to be powerful.”

Bal Thackeray had an army of street fighters ready to do his bidding at all times. He bent powerful chief ministers to his will and both employers and workers were obsequious to him. That fire power and Thackeray’s unchallenged control over the masses kept both the Congress and the BJP kowtowing to him for decades, for very different reasons.

His son and political heir Uddhav Thackeray failed to build a similar kind of authority in the years he has been in charge of the Shiv Sena. The party has suffered multiple splits since 1991—first, Chhagan Bhujbal quit and joined the Congress in 1991, followed by Narayan Rane in 2005. Raj Thackeray, Bal Thackeray’s charismatic nephew, not just quit the party but took with him supporters to form his own political party, the Maharashtra Navnirman Sena (MNS).

The decline began in Thackeray’s lifetime and Uddhav has been unable to regain the confidence of the Shiv Sainiks after his father passed away in 2012.

In 2014, when the BJP broke the alliance with the Sena, Uddhav was fresh out of a cardiac surgery and Aaditya, an absolute greenhorn, took charge of much of the campaign, charming many critics with his suave sophistication and English-speaking skills. This pleased his family as he was the first Thackeray to emerge as the darling of the glitterati in Mumbai.

But that did not resonate with the core of the Shiv Sena workers who were down to earth, rustic and to a large extent even militant. It was the workers, who, for over half a century, had delivered the party’s electoral wins for the Thackerays. While Aaditya might be a breath of fresh air in a party traditionally seen as goonish, his sophistication and acceptability to the upper classes largely have no effect on the masses.

However, times have changed and the Thackerays needed a paradigm shift in the manner in which they conduct their politics. Even Raj Thackeray has shed his rogue image after discovering that not too many of his supporters were willing to jeopardize their interests and go out on a limb for him if that meant breaking the law and spending time in jail. Thackeray Senior could always bail out such workers and persuade governments to drop charges against them but Uddhav has neither the heft nor the political charisma to do so.

Moreover, Uddhav has discovered that Shiv Sena leaders who were made ministers in the government were not just fighting among themselves to gain supremacy in the party but were also uninterested in expanding the party base through their stint in government. Aaditya was unacceptable to senior party leaders, right from the time the Sena formed a youth wing for him to head. In such a scenario, Aaditya becomes essential, to become the direct point person for his father in the government.

With a Thackeray installed as deputy chief minister, Uddhav Thackeray hopes to regain his dwindling authority over both the masses and the ministers and reinforce his base with his supporters with an unchallenged line to power in the government.

But the move is fraught with risks, as it may not prevent another split in the party. Raj Thackeray, a chip of the old block, had believed that the ‘Thackeray’ name entitled him to ride roughshod over party workers. High-rung Sena leaders of the time conspired to drive a wedge between him and his uncle, ultimately chasing him away from Matoshree, the Thackeray residence. Aaditya is a direct descendant but his entry into the electoral fray could shut the doors on many aspiring Sena leaders. They might choose to quit and find comfort with the more rooted Raj or the BJP rather than bend to a young novice less than half their age.

Another split will weaken the party more than the earlier splits, leaving the BJP the sole custodian of the saffron vote and also strengthening Sharad Pawar’s Nationalist Congress Party (NCP), which has been attempting to occupy the saturated non-saffron regional space for years but with limited success.

While he is largely expected to win the election—he is contesting from Worli, the Sena bastion in South Mumbai—Aaditya’s political survival will depend on his skills to build a bridge between the older members and the youth in his party. He has to meld his modern, urban sophisticate image with the core base in the slums and chawls of Mumbai and other party strongholds.

But that is the easier task. The more difficult task is to chart a 21st century programme for committed Shiv Sainiks. Bal Thackeray had begun with regionalism in the 1960s and when that played out to its fullest he shifted to religion in the early 1980s—even before the BJP found its Hindutva moorings and was still experimenting with Gandhian socialism.

Thackeray’s Hindutva was rather too extreme for even the BJP at the time but in the decades since no one plays the Hindutva card better than the BJP. Uddhav Thackeray, since the 2014 elections wherein he made a good showing on the Marathi versus Gujarati divide in Mumbai, has lost his bearings on regional aspirations and is mired more in the Ram temple and Vinayak Damodar Savarkar controversies which are core issues for the BJP  and do not resonate with many Sena voters.

Aaditya Thackeray must thus succeed where his father has failed. He must connect with the aspirational Marathi youth who are shifting allegiance to Narendra Modi and the BJP in the absence of the Sena’s ability to move beyond slums and chawls and Class three and Class four jobs for their supporters in this era of globalisation.

That is a real tight rope walk, given where the Sena’s core support base comes from. Merely rubbing shoulders with intellectuals and celebrities may win Aaditya friends but no votes. How he meets the aspirations of all classes of the Marathi manoos (human) and retains their Marathi asmita (pride) will determine both his future and the survival of his party. 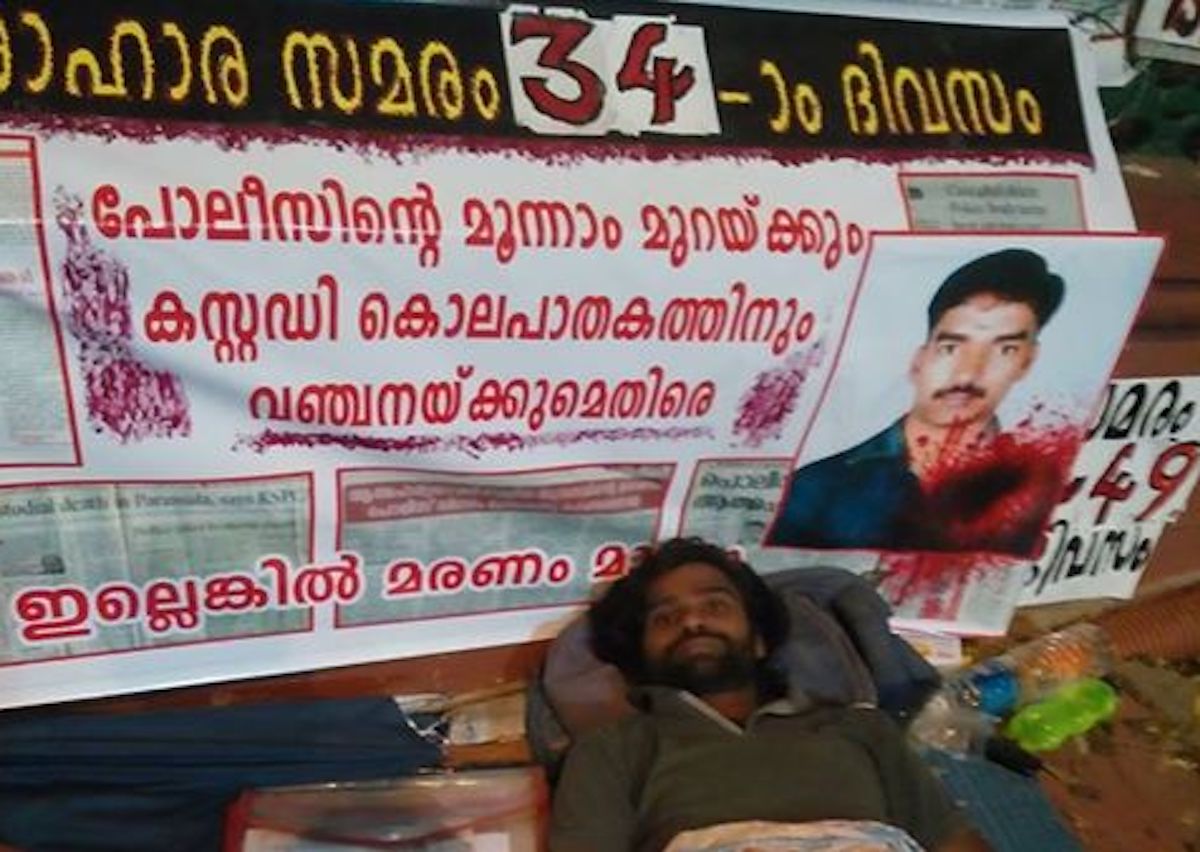