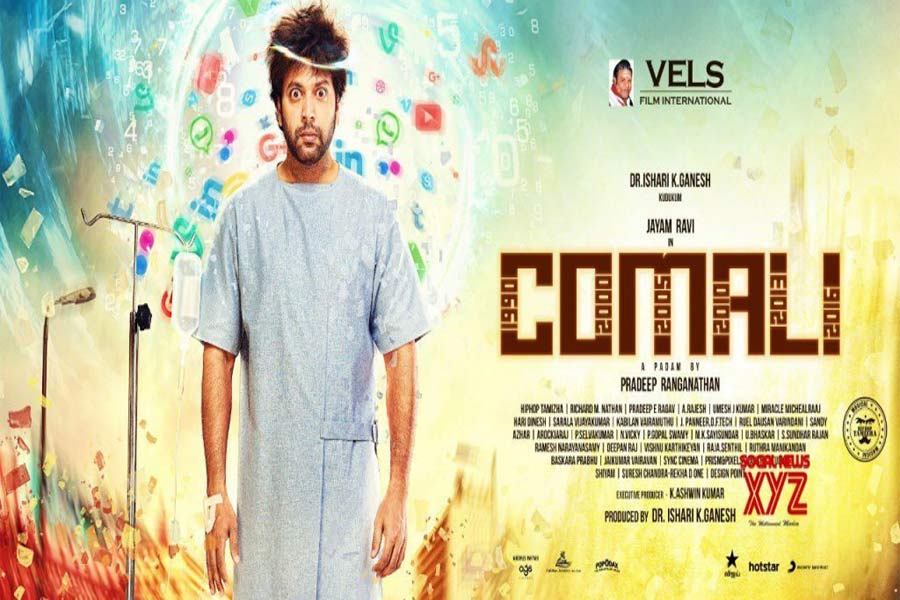 Comali: A fine blend of humour and emotions

Jayam Ravi’s latest offering Comali has a novelty factor about it. And if you are a 90s’ kid, you are bound to feel nostalgic while watching the film.

Comali tells the tale of Ravi (Jayam Ravi) who wakes up one day to realize that he lost 16 years of life due to being in a state of coma. It was a result of a horrific accident that he suffered during his school days, coincidentally on the day he proposed to his classmate Nikitha (Samyukta Hegde). His best friend Mani (Yogi Babu) took care of him all these years and it’s now time for Ravi to pay him back, by solving the issues confronting his friend. In the midst of all this, he falls in love with Ritika (Kajal Aggarwal) through freakish circumstances.

There’s also Dharmaraj (KS Ravikumar), who has a connection with Ravi’s past in more ways than he could have imagined. How the latter sorts all this forms the crux of the film. There are a lot of relatable things in Comali, especially the childhood comparisons between the kids of the 90s’ and those belonging to the modern era. What starts as a comedy entertainer with plenty of laughs—both situational and slapstick—also has an emotional side to it. This unfolds towards the final 30 minutes of the film and lends solidity to the film.

Jayam Ravi, who is fearlessly experimenting diverse plots and genres these days, puts in a fantastic performance. As the school-going teenager, his physique might not necessarily gel, but his body language and mannerisms evoke the requisite innocence. As an adult who still has that spark of childhood in him, Ravi brings out layered emotions and effortlessly swings between comedy and emotional lines. Samyuktha Hegde makes her presence felt in her Kollywood debut while Kajal Aggarwal doesn’t have much scope to perform.

The film wouldn’t have been half as effective without Yogi Babu, who gets one of his best roles till date. He aces the comedy sequences and his chemistry with Ravi stands out. Comali rides on situational humor and at times, the wacky kind that defies logic. Apart from a couple of scenes with adult comedy that appeared vulgar, the jokes are quite clean.

Pradeep Ranganathan in his directorial debut passes with flying colors. And being the writer, Ranganathan makes good use of social media jokes and forwards and packs them seamlessly into the narrative. Despite not being a big-budget film, Comali still manages to be visually enchanting, thanks to cinematographer Richard Nathan. Hiphop Tamizha’s music is peppy, as are the background scores, but it’s the emotional song towards the climax that stays with you, even after you’ve left the cinema hall.

Comali not only makes you laugh your hearts out, it also has a strong emotional core that tugs at your heart-strings. The film subtly reminds you about the lack of ethos in today’s technology-savvy world, without getting preachy. It’s not a flawless film, but then, you don’t expect commercial entertainers to be inch-perfect. There are some loose ends, particularly in the first half, where logic takes a backseat at times. However, there isn’t a dull moment and a strong second half coupled with a well-conceived climax makes Comali a complete package. 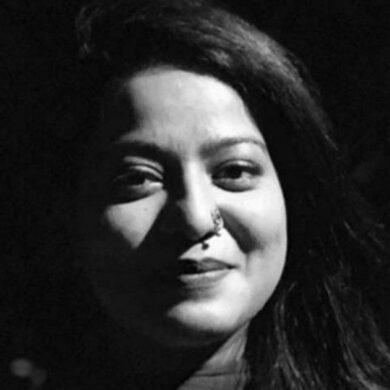