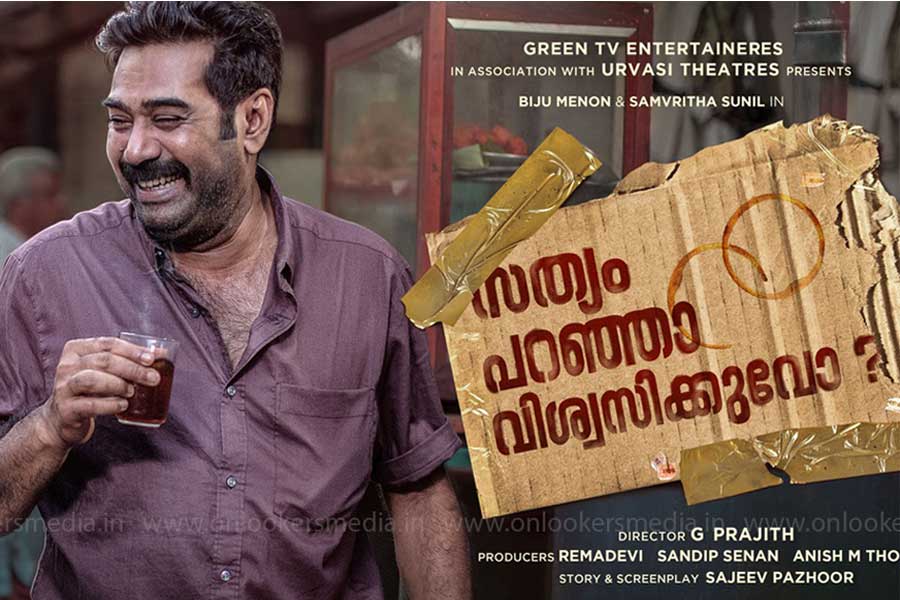 Biju Menon can be called a late bloomer in Malayalam cinema—he began his acting career in the mid-nineties as a hero but gradually went on to being a sidekick to the superstars. He did get many opportunities to play a conventional hero and a few meaty roles in acclaimed films but that did not change his fortunes. It was only in the last decade that young directors discovered a comic streak in him that helped him in creating a niche for himself as a bankable box office hero. And, he is one star who does not mind playing characters with grey shades giving directors the liberty to mould characters that are beyond the scope of a normal hero.

In Sathyam Paranja Viswasikkuvo, his latest outing with director G Prajith, he plays Suni, a daily wage worker on a construction site. His small family consists of his wife Geetha (Samvrutha Sunil) and their young daughter. The house that he lives in seems to be a perpetual work-in-progress—unfinished and drab. Ironical that a construction worker has no time to fix his house. The screenplay by Sajeev Pazhoor (Thondimuthalum Driksakshiyum fame) shows the day to day life of the people leading a hand-to-mouth existence.

Pazhoor’s is a study of petty theft and the eternal police-robber equation—if his last film was about a jewel thief, this one is how the Police conveniently foist cases on people from the marginalized sections of society. A bystander does ask a pertinent question: “Isn’t human rights for the people?” Well, the Police aren’t listening in their tearing hurry to catch the culprit—after all, the title spells—Sathyam Paranja Viswasikkuvo? And in the Post-Truth era, is there any such thing as truth?

The premise is established with some humorous incidents at the work place. As we move forward we get to see the workings of the individual characters. Geetha is from a well-to-do family who has left her luxurious life behind to live with a man of her choice—Suni. But, the real life turns out to be the opposite of what she had dreamt of. The narrative develops realistically with tiny bits of information added to the story and the characters. And there is a circle around Suni comprising of actors like Dinesh Nair, Sudhi Koppa nicknamed Thamara (lotus as it is floating in water, a colloquial word for someone who is always drunk) and a few others.

Suni, who is a heavy drinker, literally finds an overturned truck of booze in the middle of the night. The storytelling gets a bit tizzy and somewhat outlandish. Things get weirder by the moment from this point onwards. The supposedly gossipy nature of small-town people add fuel to the fire. It is a free-for-all once the day breaks as everyone around wishes to grab their share of bottles reminiscent of how people stole liquor from a liquor shop during the floods last year.

Biju Menon is subdued here—there is no effort to make him the hero by giving him witty lines or action sequences to prove that he is superior to others. He just gels well the milieu. And Samvrutha, who is making a comeback with this film, does her bit as a disgruntled housewife. But she deserved a better role than being a teary-eyed lady who made a bad decision in her life.

The inner workings of a police station, which is the hallmark of Sajeev Pazhoor’s first film, is seen here too but the effect is not the same. The whole experience gives you the feeling that the original story idea lacked steam to propel it forward so they had to pad it up with other things. But the subtle humour and the novel idea makes Sathyam Paranja Viswasikkuvo a good movie to watch. 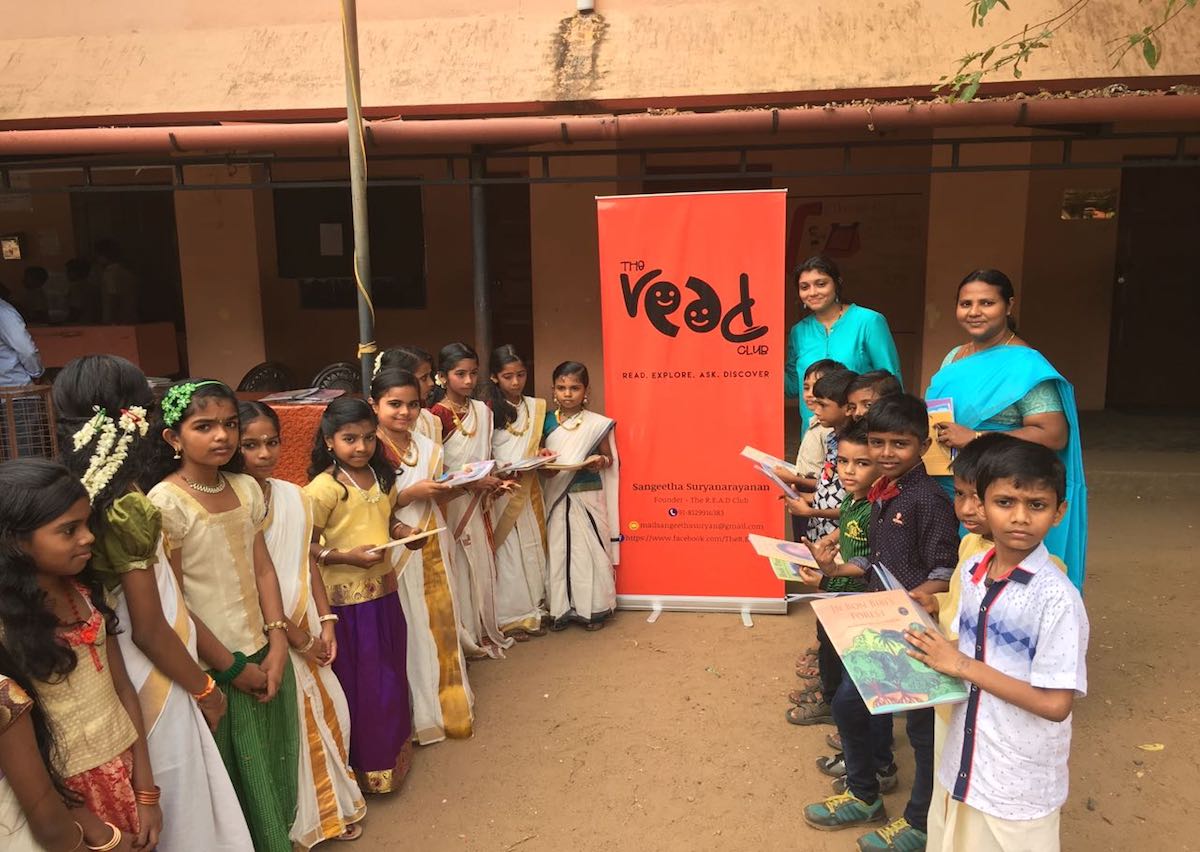