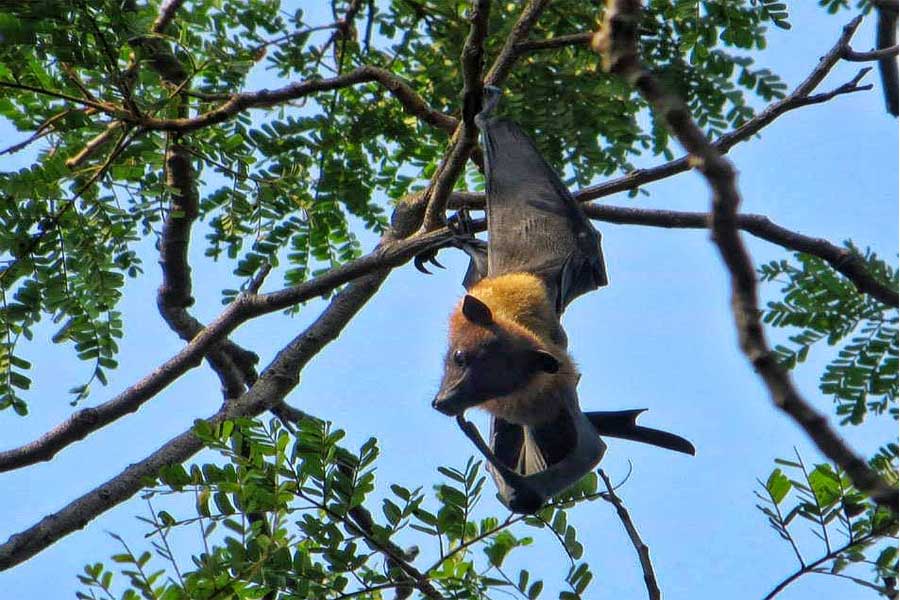 Batting for the Guardians of the Night

“It is simply amazing how quickly attitudes improve when people finally understand bats as they really are—sophisticated, beautiful, even cute, quite aside from their crucial roles as primary predators of insects, pollinators of flowers, and dispersers of seeds”—Merlin Tuttle in The Secret Lives of Bats

Since 1972, the Indian Wildlife Protection Act has cast fruit bats into the schedule V category. It means they are considered ‘vermin’—like crows, mice, and rats. Except for Salim Ali’s Fruit Bats, Kolar Leaf-Nosed Bats and Wroughton’s Free-Tailed Bats, the rest are unprotected. Even stranger is that the Wildlife Act still does not recognize the existence of insectivorous bats.

The only saving grace is that they are classified as ‘wild animals’, which ensures their safety in protected forest zones. Otherwise, bats have been facing the brunt of human progress—from wind power projects and electric grids to pesticide usage and urban expansion.

It is certainly no way to treat our planet’s guardians of the night.

Encompassing 1,200 microbats and megabats (flying foxes), these beautiful creatures account for nearly a quarter of all living mammal species. They are indispensable caretakers of ecosystems all over the world. Whether it is wetlands, woodlands, farmlands or urban localities, their distribution is an indicator of the overall health of the terrain.

Bats are one of nature’s lesser-known pollinators. It has been reported that nearly 500 plant species rely on them. The list includes agave, cashews, cocoa, dates, mango, banana, honeysuckle and datura. Many of these plants birth musty-smelling flowers. While bats lap the nectar, the pollen dust gets attached to their fur. This pollination syndrome is known as chiropterophily.

Another part of their diet that contributes to the ecosystem is their taste for insects. From crop-destroying beetles to disease-carrying mosquitoes, insectivorous bats are top predators. A single bat can consume 300-400 mosquitoes a day! No other Schedule V species can claim to have fought airborne diseases this vigorously.

Fruit bats are excellent seed dispersers too. They have a better success rate than other species that disperse seeds through excretion. Known to eat mainly ripe fruits, bats separate the pulp from the seeds. Then, they spit the seeds out on the ground without subjecting them to harmful digestive juices. Additionally, guano (bat faeces) is commonly used as a fertilizer. It presents a powerful renewable resource for farmers.

Years ago, the Archaeological Department of India decided to exterminate the bat populations in the Ellora and Ajanta caves. In an attempt to keep the monuments clean and safeguard bygone paintings, they fumigated the caves. This led to the cereal crops in adjacent regions getting destroyed by insects that would have otherwise been hunted down by bats.

Even the infamous Vampire Bat, besides inspiring several bloody chapters in the history of pop culture, has been of great use. The chemicals in their saliva have been used by the pharmaceutical industry to create medicine that stops blood from clotting.

Why so furious, then? 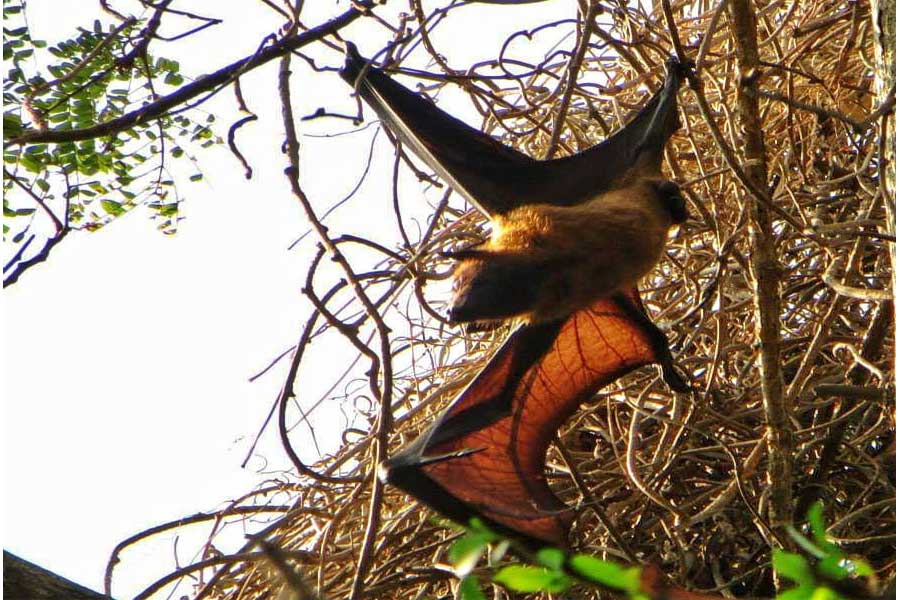 Clearly, bats are friendly neighbours. They take care of the community. They look adorable. Then, why is their relationship with human beings far from being hunky dory? Why do so many of us look at them suspiciously? Why are they associated with sinister themes such as death, despair, misfortune, and punishment?

If a bat accidentally flies into your house, will you marvel at our planet’s one and only winged mammal—or will you scream and run away in terror like Jim Carrey in Pet Detective II? Picking door number two does not make you a bad person. It is merely an indication of archaic belief systems and limited scientific information that have plagued bats all over the world. Neither millennials nor Gen-Z can be blamed for this, though. Relax, people. Surprisingly, we did not screw this one up.

The misconceptions about bats are rooted in the passages of time.

A history of the haunting

Ancient Greeks seemed to have had a serious problem with them. Believed to be in contact with the Kingdom of Hades, bats were considered demonic creatures. Their leathery wings were symbolic of Furies—the vengeful goddesses. Greek mythology also had the Minyas’ daughters turning into bats as retribution for their actions.

In Mayan culture, bats fared no better. Since the Mayan people had imagined inaccessible caves to be the gates to hell, the residents were treated like the devil’s children. In Popol Vul, the oldest documentation of the K’iche people, bat-like creatures called Camazotz fought against the Maya Hero Twins. No prizes for guessing who the good guys were.

Bat demons, with a thirst for decapitation, appear in various myths across the Amazon region. Then, there is good old Vlad Tepes III aka Vlad the Impaler – one of the most feared and respected medieval leaders of Romania. After his death, the stories about his brutal methods began to spread far and wide. And the rest was history.

Bats as bearers of goodwill

In China, since centuries, bats have been considered as ambassadors of goodwill. The Chinese symbol for good luck is made up of five bats. In fact, the Chinese word for bat is fu – the same as the word used to describe “good fortune”. Ancient Macedonians viewed bats as carriers of fortune too. In the Gran Chaco region of northern Argentina, there is a piece of folklore about a half-man half-bat figure who had emerged as the leader of the original residents.

In the world of fiction, bats have been thematic characters since the Aesop’s Fables were translated in the 16th century. Three of them had depicted bats as selfish creatures. In 1819, before Bram Stoker’s iconic Dracula was published, a vampire appeared in print as the ghoulish Lord Ruthven in John William Polidori’s The Vampyre.
As for Count Dracula himself, he continues to inspire legions of writers and filmmakers. Tod Browning’s Dracula (1931), with Bela Lugosi donning the fangs, is probably the most iconic representation of Stoker’s creation. The Twilight saga (2008-2012) has been, inarguably, the most damaging to his reputation.

In the comic book world, bats have been treated with a lot more respect. They first showed up in the magazine, Black Bat Detective Mysteries, published during the mid-1930s. These short stories featured Black Bat—a detective who helped cops in solving crimes. His identity was never revealed. From 1939-53, the same magazine published a series of novels called The Brand of the Black Bat. The protagonist was Anthony Quinn—a prosecutor turned superhero. It was during this time that Batman showed up in the comic book world, thanks to Detective Comics (DC). The two publishing houses initially had sued each other for plagiarism, but they soon reached an agreement.
A lesser-known DC creature was Man-Bat. Featured in editions during 1970-71, the character shared a far more meaningful connection with bats compared to Bruce Wayne. Also, he actually turned into a bat. In later issues, Man-Bat battled the superhero, who could only dress up like one.

“It’s not who I am underneath, but what I do that defines me”— Batman

Bat-shaming is for the batty

In 2019, bat-shaming still exists. People fear them because these mammals are sources of zoonotic viruses such as hepaciviruses, pegiviruses, influenza A virus, hantavirus, and paramyxoviruses. Their bodies are natural reservoir hosts of several microorganisms that cause disease outbreaks in humans and livestock.

Last year, the Nipah virus had tragically claimed 17 lives in Kerala. Based on RT-PCR tests conducted at the National Virology Institute, it was later traced to fruit bats. With paranoia spreading, old fears resurfaced. And the outbreak led to more tragedies, as bats were indiscriminately culled in nearby areas.

However, the transfer of viruses is rare. While bats may be the smoking guns, manmade ecological conflict is the trigger. Studies have shown that stressed-out bats are significantly more likely to spread the infection. Given the benign impact of viruses on their own bodies, stressors such as lack of habitat or food shortage tend to be the dubious catalysts that make humans vulnerable to such infections.

In the past, we may have painted bats as vile creatures of the night. But there is always hope that perhaps in the canvas of the future, we may choose to colour them in a kinder light. 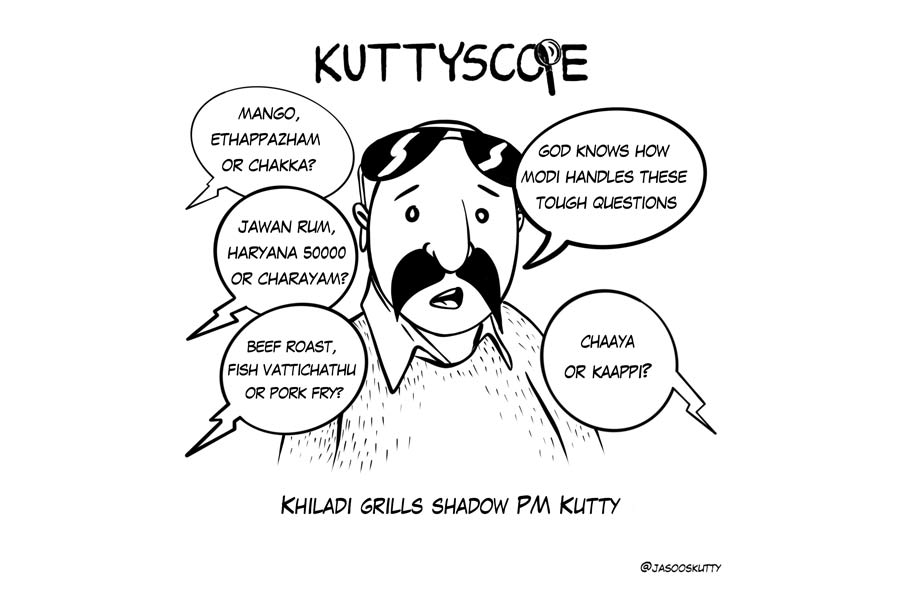