On a muggy morning, across a dreamy creek in Alappuzha, outside the home of Kerala’s former revenue minister, a Wodehousian wager was underway. The chances of meeting K R Gowri Amma were anorexically slim, was the forecast. In all probability, we (yours truly and photographer V Sivaram) would be shown the door. It was also let known to us that the same fate befell many a visitor, senior politicians among them. Though burdened by this handicap, we were determined to meet the legendary leader and, so we joined other visitors on a bench in the tiny verandah of her home.

A couple of hours later, the wooden doors were flung open and we were ushered into the drawing room. The room was a shrine of sorts—an imaginary line divided it diagonally; one side was apportioned to numerous statues of varied sizes of Lord Krishna playing his flute, while on the opposite wall, a painting of a stern communist icon jostled for space with the black and white photographs of a youthful Gowri Amma.

In this unorthodox setting, K R Gowri Amma, a Krishna bhakt and a communist ideologue, draped in a pure white sari, her freshly washed grey hair hanging loose, sat in durbar. A string of supplicants sought her time—a couple solicited urgent intervention in a marital dispute, a young man pleaded recommendation for a job, a child, admission to a lower primary school and, some political leaders begged for her advice.

After she had dealt with them one by one, she turned to us and said abruptly, “My household help is on leave so I was up at six in the morning to sweep the house.” Really?! We went a little incredulously. “Of course,” she said and, with theatrical flourish picked up a long-handled, custom-made broom and proceeded to demonstrate her sweeping ability with considerable ease. “No photographs,” she insisted, “I will have to tidy my hair for that. I look like a mad woman now.”

Over six decades ago—in 1957—it was with equal ease that Gowri Amma, as revenue minister, had made sweeping changes to the Kerala feudal system by introducing land reforms. Her bold act struck at the edifice of the rigid class structure and changed the social fabric of Kerala forever. The Agrarian Relations bill and the Land Reforms Bill was introduced in the Assembly to break the chains of bonded labour by prohibiting eviction, reducing lease rates, fixing ceiling for land ownership and redistributing surplus land.

“The first communist ministry was sworn in on April 5, 1957, and six days later we proclaimed the prohibition of eviction ordinance. We ensured that the Kudikidappukar (homeless labourer and his family), who toiled and lived on the land could not be evicted by the janmi (landlord) without adequate compensation. Kerala changed the slave-owner relationship.” said Gowri Amma. The Agrarian Relations Bill was passed in the Assembly, the following year, before the first elected communist government in the world was dismissed by Jawaharlal Nehru in 1959.

Gowri Amma, who came from an agrarian family, knew only too well the tension between the landlords and the tenants. She was born in Pattanakadu, Cherthala, into an Ezhava family in 1919. Most of the land in the area belonged to the landlords and the Devaswoms. Her father, Kulathil Parambil Raman, leased large parcels of land from the Devaswom for farming and he also played an active role in organizing the Ezhava community and working towards their uplift.

“The stalwarts of the Ezhava community have stayed at my house. Our house was open to the intellectuals and the poor. I loved my father very much. He wanted me to study law and become a judge. I was the first to pass law in my family. My father was so proud when I passed my B.A. B.L. that he printed invitation cards and invited people for a grand lunch and tea.”

Gowri Amma initially practised in Thiruvananthapuram and later moved to Cherthala fighting for the cause of the tenants and the poor landless labourers. “I was a good lawyer and I earned enough money to feed the poor people who came to meet me for cases.” Influenced by her older brother Sukumaran, Gowri Amma gravitated towards politics.

“When I joined politics I was called to give speeches often. In 1948, I made a speech that brought the wrath of the government upon me. That was the first time I was sent to jail. At another time, while I was being transferred from one jail to another, I heard a commotion and ran to see what was happening. A man was being beaten to death. I was blocked and beaten up by the police. My sari was torn and I fell down unconscious. I starved in protest for 17 days and I was force-fed. I was then given a statement in writing that those who were responsible would be punished. I suffered from severe stomach cramps for a long time as a result of this,” she told me.

Gowri Amma was only 27 when she stood for elections for the first time to the Travancore Legislative Council but failed to win. In 1952 and 1954, she was elected to the Travancore-Cochin Legislative Assembly from Cherthala constituency. She became the first woman minister of Kerala in the first E M S Namboothirippad-led Communist Party of India government in 1957 and went on to be minister four times of successive Communist governments. She was dismissed from the communist party in 1994 for “anti-party activities”. She formed the Janadhipathya Samrakshana Samithi (JSS) and aligned with the Congress-led United Democratic Front (UDF) and she served as a minister in the UDF government in 2001.

Do you have any regrets? I asked her. “No,” she asserted loudly. Surely, the Communists must have made some mistakes? I persisted. “What mistakes can they have made? None at all,” was her fiercely loyal reply. But later in the evening, in a more sombre mood, she said quietly, almost whispering her confession, “In 1957, there was liquor prohibition all over India while in Kerala there was no prohibition excepting in a few places. I held the Excise portfolio too. That year, I granted the United Breweries group the licence to set up a McDowell’s factory in Shertallay (Cherthala). I was advised by Moraji Desai to bring in prohibition but I could not take a decision on my own. The party opposed prohibition. In hindsight, I think it was a huge mistake. I regret that decision very much.” 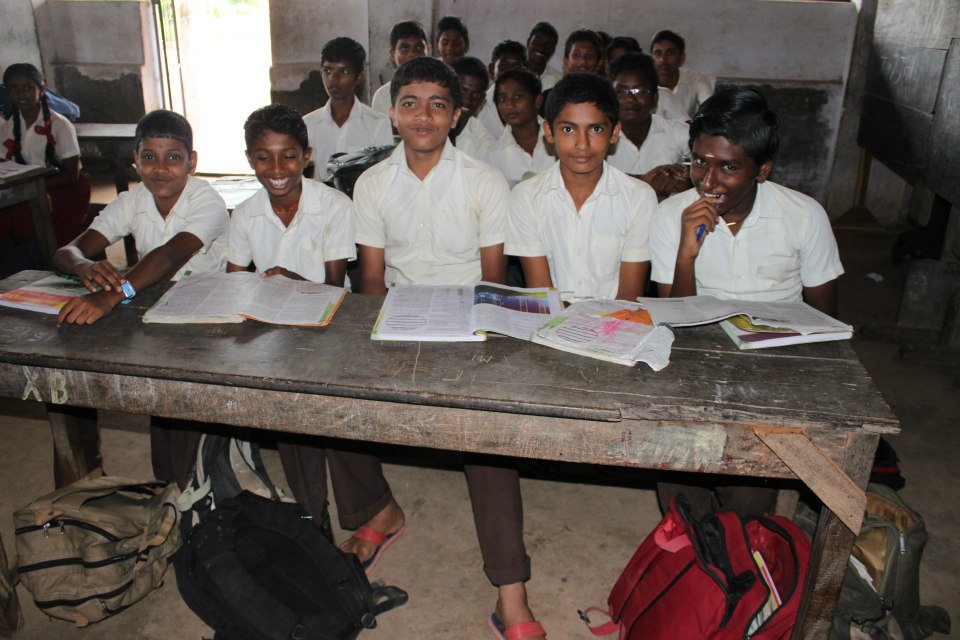 Read About The Tiny Seed’s Efforts to Improve the Quality of Education in Kerala. It’s Inspiring.