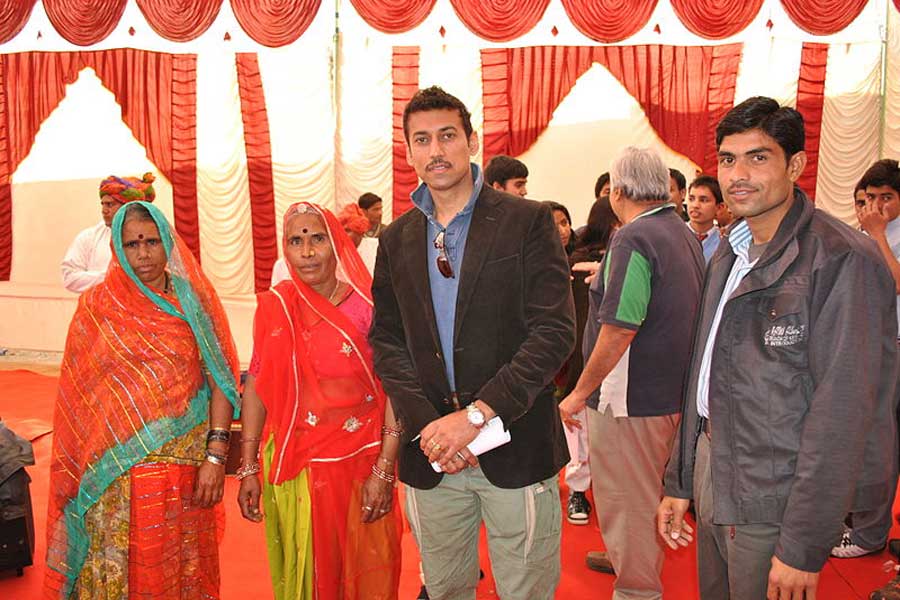 Rathore: I have spent 29 crores on sports infrastructure in Jaipur Rural

Colonel Rajyavardhan Singh Rathore, former Olympian and Minister of Information and Broadcasting, the sitting BJP MP from Jaipur Rural, is battling fellow Olympian Congress’ Krishna Poonia for the seat. He believes India needs a proper roadmap to solve the issue of unemployment. Speaking to The Kochi Post, he stated that the youth of the country can be a boon through proper planning.

You have come a long way from military to sports to politics. How has your journey been?

It’s been a blessing. It’s God’s blessing that I have an opportunity to serve my country in different ways. During my time in the armed forces, there were active fire fights. I also got an opportunity to represent India at the highest levels in sports at a time when everyone would say ‘you can’t win’. I took that as a challenge and God was good to me. I realized that one can still be helpless because those in power will continue to run the system in a way comfortable to them. Therefore, I took this plunge into politics.

What were your achievements as the Minister of Information and Broadcasting?

We created a two-way network through which we were speaking to people regularly. There was a direct interaction between the Government and the people through social media. The number of interactions that we’ve held between the ministers and between different sections of the society is unparalleled.

What are the major challenges that you had to experience in representing Jaipur Rural?

We inherited a system which was hardly working. Therefore, we had five years to change that. Getting the system working was initially a big challenge. However, courtesy the Prime Minister’s ability to motivate them, inspire them, to show them how it’s done better, we managed to get things done. Development is a work-in-progress; there’s not been any worthwhile work done in the villages. We are very hopeful because the Prime Minister has the ability to overcome all challenges and has a roadmap.

As the Youth Affairs Minister, what have you done for the employment of youth?

We have had Rozgar melas in Jaipur Rural where I had invited companies from Noida, Gurgaon, Jodhpur, Kota and Delhi to come and hold interviews here and select deserving candidates. Large numbers of people got selected. In addition to this, before 2014, not a single army recruitment rally took place in the capital of Rajasthan. I started that. Now, every year, there is an army recruitment rally here. We have also created a system for young boys and girls to get into the Police as well. This is apart from the skill centres that the government has started. The unorganised sector in India is huge and large sections of the youth have opted for that. The number of income tax payers has gone up. The collection of indirect tax has gone up too.

According to you, what are the major reasons for unemployment and what is the solution?

It’s happening because for the past many years, there was no governance in the country and infrastructure was poor; the previous regimes were just worried about sustaining themselves. This is a cumulative effect of that. We have a very large youth population in this country. With a proper roadmap, we can turn this into a boon. A number of steps have been taken towards that. Bank accounts have been opened for everyone. Infrastructure is being created at a fast pace. There’s circulation of money in the market. India as a brand is being built up. The person who keeps talking about unemployment has no vision. He came here to promise loan waiver to everyone in 10 days. Ask anyone whether loan maafi has taken place.

Army achievements have been a BJP highlight this election. Why is khelo India not being talked about in campaigns?

The amount of attention that sports received in the last few years has been phenomenal. No one used to talk of the sports ministry earlier. Sports persons are happy. We’ve gone down to the grassroots. We’ve created a platform for school children, which had never existed. In our manifesto, BJP has clearly stated that Khelo India will be further strengthened. When you make a speech, it’s about 15-odd minutes that you get to connect with a large number of people. Every person has a different way of connecting. I do speak about sports. I have spent 29 crores on sports infrastructure in my constituency.

BJP lost the state assembly elections in Rajasthan recently. Do you think it will impact the party in the Lok sabha election?

In 2018, Congress went to every household and said: ‘do whatever you want in 2019 but give us the vote now’. They know very well that the Prime Minister’s reach is phenomenal. Even in Rajasthan, where they were talking about sweeping Rajasthan, the vote difference is merely one lakh eighty thousand, which corresponds to 0.5 per cent, which can go either way.

You recently raised several questions to Rahul Gandhi. What were they?

Rahul Gandhi came here during assembly elections and announced that he will waive off farm loans in 10 days. Till date, farm loans have not been waived off. The Prime Minister announced Rs 6000 as Pradhan Mantri Kisan Samman Nidhi for those owning less than 2 hectares of land. The first instalment was disbursed in March for which 30 lakh farmers had applied. The Congress government in Rajasthan government didn’t forward these applications to the central government. 100 days have passed since Congress took over and no schemes have been announced. 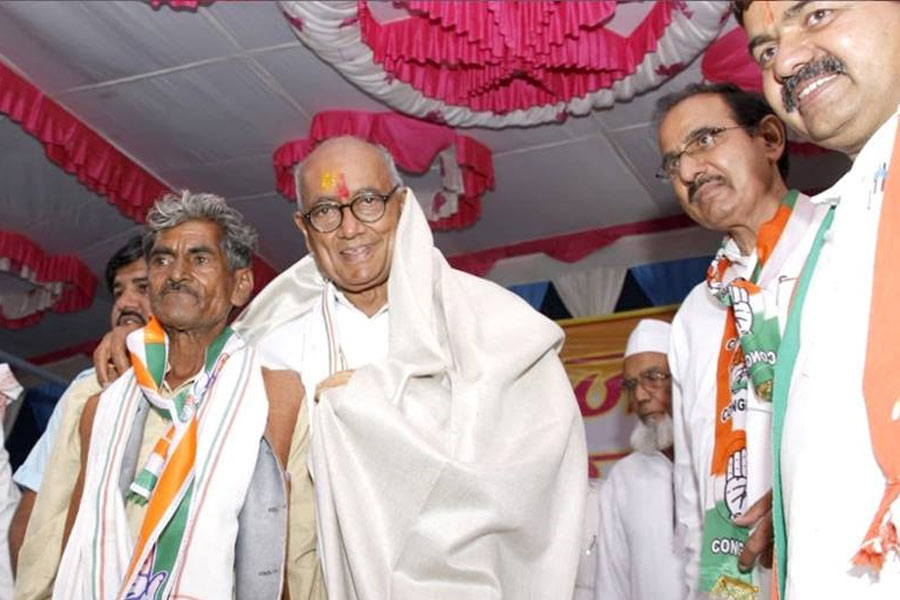 Congress back in the fight in BJP strongholds in MP