Murder of Gauri Lankesh: A poisonous silencing of freedom

Activists, writers and journalists in Kerala warn the public to be vigilant against the communal, fundamentalist and fascist forces as the State mourns the brutal murder of Gauri Lankesh, a Bengaluru-based journalist. Fifty-five-year-old Gauri, who has been raising voice against the fundamental ideologies of Right wing politics in the country, was running a Kannada tabloid ‘Gauri Lankesh Patrike’. One of the last social media posts of Gauri was about the State’s secular fabric.

Leaders from various walks of life in Kerala opined that the murder clearly signals that the fascist powers have got a strong base in Indian society.

Well-known author and activist M. N. Karassery said that he heavily condemned the murder of the brave journalist. “Gauri Lankesh has taken firm stands in matters related to social fabric in a democratic system. Her father P. Lankesh was a mufti-faceted personality who was not just a journalist but a poet and filmmaker. The departure of Gauri is no doubt a loss to secularism and democracy. Because throughout her life and career, she has been upholding and propagating these fundamental ideals,” he said.

“We don’t have proof to say that a particular group of people committed it. But yes of course, killing her was a requirement of Sangh Parivar as she often raised voice against them and their oppressive policies and principles. They have proved that they could do so by killing M. M. Kalburgi, a Karnataka-based scholar, in the same fashion two years ago. The culprits have not been caught yet. This clearly shows how weak democracy and secularism is in India. It is a shame to the Central Government as well as Karnataka Government,” he said. Gauri was in the forefront to protest against the murder of Kalburgi.

On March 16 this year, a 31-year-old man, Farooq, was killed by a group of people in Coimbatore. “The reason was that he was a rationalist and did not believe in God and Muslim beliefs. So the protest against religion and its fundamentalist principles cannot be restricted to one religion. This should also be remembered at this point,” Karassery said.

Journalist V. P. Rajeena opined that the protest which has been kick-started on Tuesday following the murder of Gauri should not be stopped. “We are all responsible for such incidents happening again and again. Our silence helps the fascists to thrive. Fascist powers always want the dissenting voices to be unheard. This should not be seen as a murder of a woman journalist. It should be seen as an attempt by the fascist powers to knock down anything against their interests. The masses should organise against it as the fascists powers often fear people getting organised and empowered. A protest against her murderers should be in line with the ideas she stood for and this should be a continuous process until we finally recover our freedom that is being lost to vested interests,” she said.

Prominent tribal activist from Kasargod, Dhanya Raman, said that the incident was much beyond shocking. “I have been watching her activities for some years now and have felt that she had an element which inspires each and every thinking individual. She was not only a journalist but also a noted activist. She was brave enough to point fingers against everything she felt unjust and unfair. We cannot say who killed her. But one thing is for sure. She was noted by the people in power. They might have felt her presence a roadblock in their path. If journalists were given freedom to work, many problems can be solved. But the rulers never want these people to work freely. So they find ways to kill them,” she said.

Journalists in various parts of the State got together to express their solidarity. Protest march and meetings were led in almost all district heads. A protest meet was held by Network of Women in Media members at Manaveeyam street in Thiruvanathapuram at 4 pm on Wednesday. 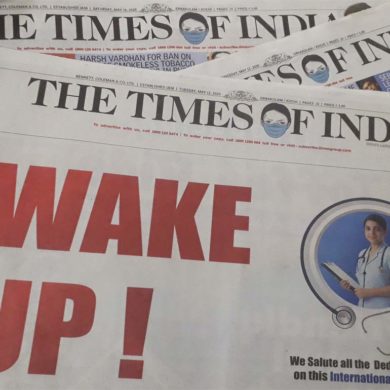