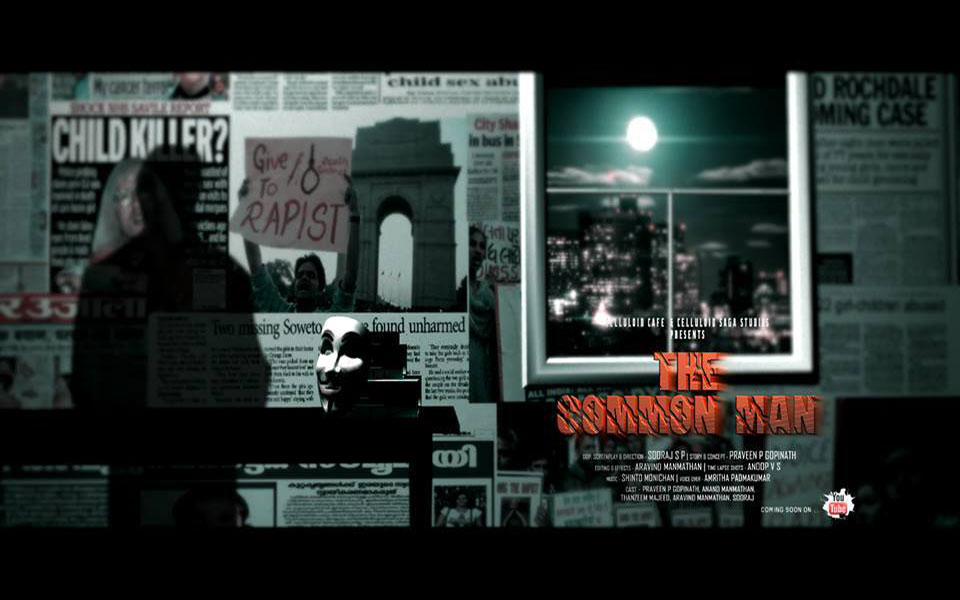 The failure of a society is not the voice of bad citizen but the silence of the good ones.

The Common Man is a social awareness satire movie, pointing out how unresponsive the public is towards the atrocities and crimes against women.

The failure of a society is not the voice of bad citizen but the silence of the good ones.

The Common Man is a social awareness satire movie, pointing out how unresponsive the public is towards the atrocities and crimes against women.

Inspite of wanting to react, they still choose to stay silent fearing the consequences. We don’t intend to say, that violence is the only resort, all we ask is to respond at least, if not react. Fighting over a woman might be immature but fighting for a woman and her dignity is elegance.

Celluloid saga, always dreamt of bringing out socially relevant videos with entertainment value. Our last short film named BLINK , brought out the saga of suicide attempts among teenagers for the most silliest reason.

With a pinch of humour we tried to convey how foolish their decision is.

It was a huge success. The director Sooraj SP, initially after the Delhi gang rape, said we should do a video condemning the unresponsive nature of the society. We tried to recreate the whole Delhi rape scene, and a different end to it if people had responded. But then the production cost was huge, because we had to hire a bus and do the shoot in public roads which involved getting permission.

I had a concept of a ‘mask man’ in mind, like a super hero who without revealing his identity decides to punish the criminals. When I told the idea to Sooraj, he said we should pick up on that and give out a message, ” Give the man a mask, and he will show you who he is.”

Then Sooraj started scripting it. We shot it by February and the initial name we had given to it was ‘”aam aadmi” to cash in on the popularity of AAP. The editing was the tiresome job in the whole video as it had to be connected and yet be different as there was four stages 1. The Act 2. The Reality 3. The Revenge 4. The Common Man and each had a perception.
Anoop VS a film institute graduate helped with the time-lapse shots.

The Kochi Post Staff
View All Posts by Author